Hi, I’m Mr Shixiang and I graduated from Trinity Laban Conservatoire with First Class Honours while on 2 scholarships, the Trinity College London and Gladys Bratton scholarship.

I started teaching since 2016, and continued teaching while I was in London doing my tertiary studies, for kids and adults, of all age group, of all music levels.

During my time in London, I have the opportunity to perform in many events and festivals.

I led Sinfonia Strings as a principal violinist and performed in concerts within London. 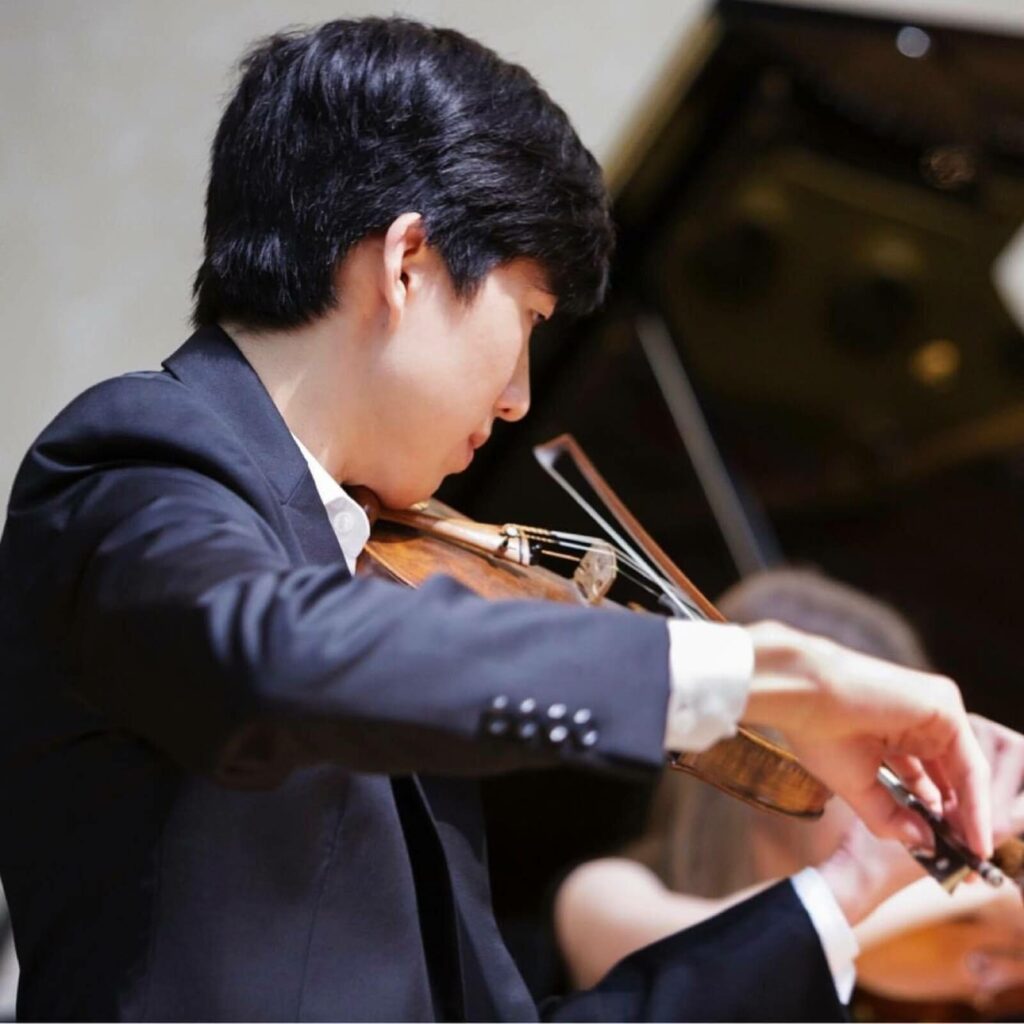 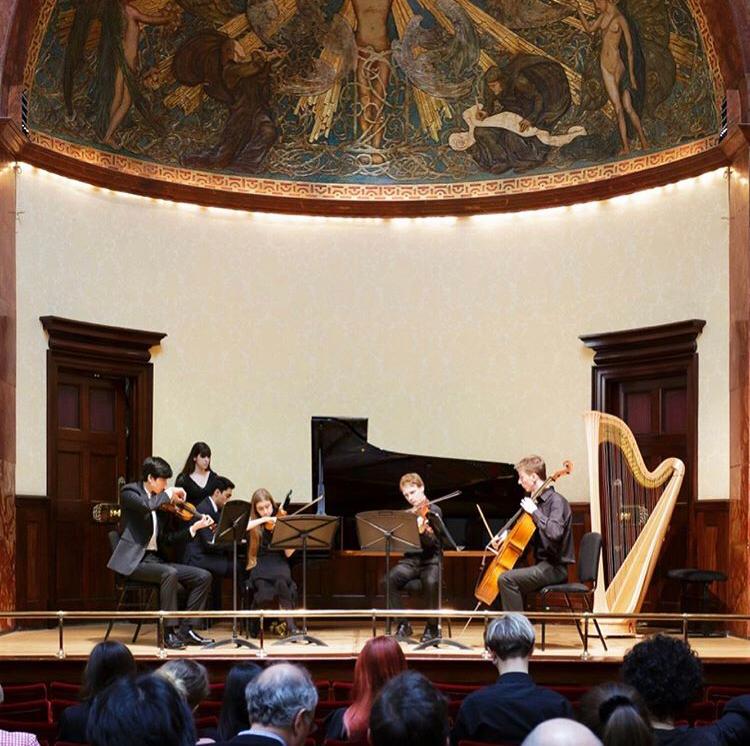 I performed at the Wigmore hall as the first violinist in the Trinity Piano Quintet, and at the Barbican Centre as a first violinist with Street Orchestra Live, which I’ve also toured across the UK with. 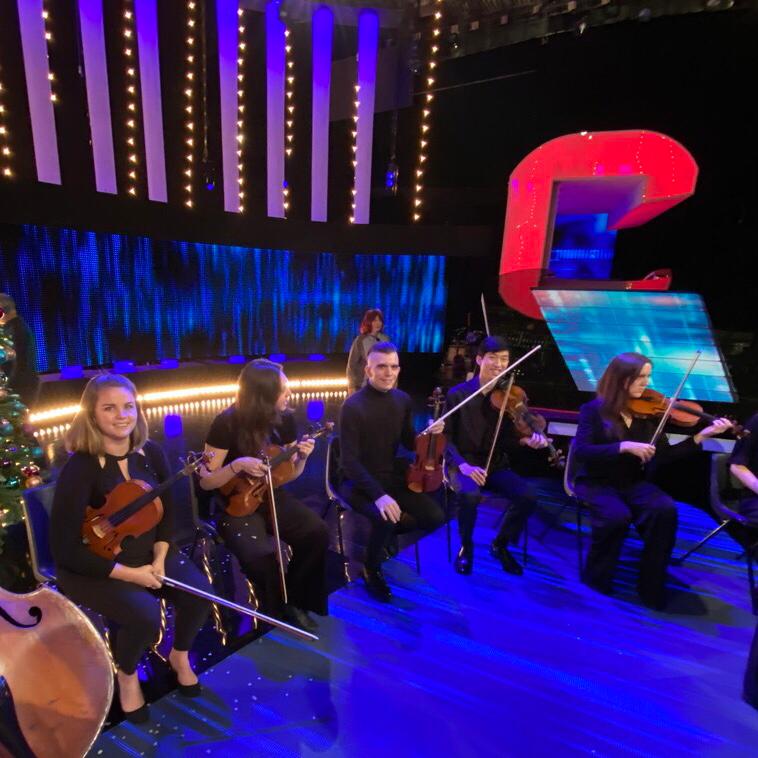 I also performed in BBC studios and appeared on TV for the Christmas special of the game show ‘The Chase’.

I was also part of a street orchestra, performing live in Primark flash mob playing Prokofiev dance of the Knights, covered by Classicfm, a major radio station in United Kingdom

Being in London, I immersed myself in the vibrant and multi-cultural arts scene, taking part in numerous music festivals, performing in many different musical styles inspired by Afro-Caribbean, Indian Carnatic, and African as well as French Jazz. 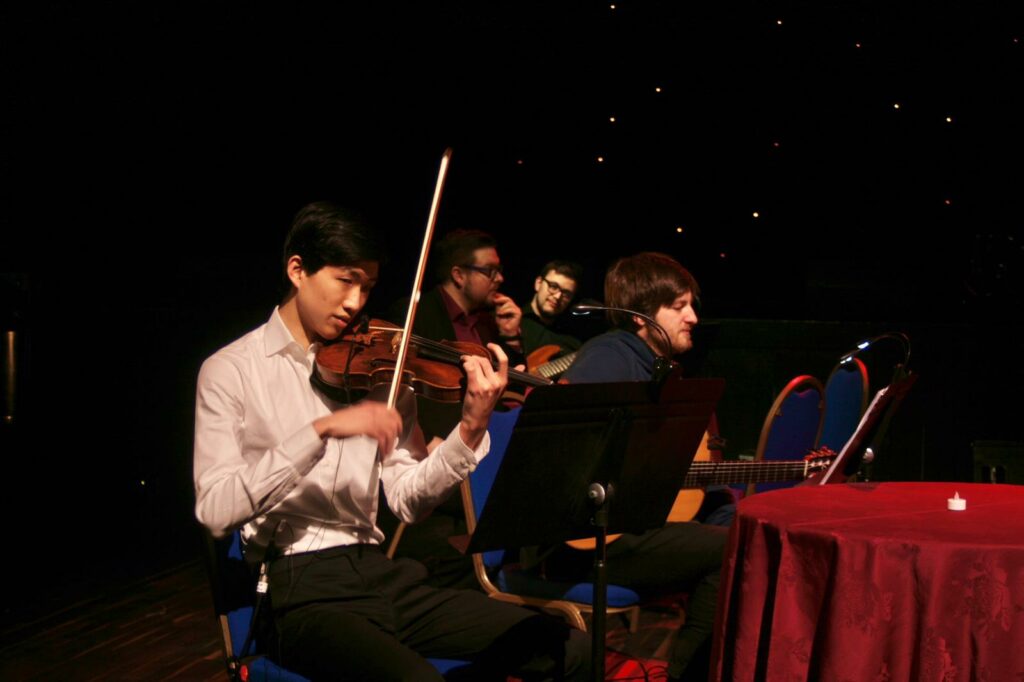 In Singapore, I’ve performed as the principal violinist in The Chamber Orchestra at the Esplanade and Victoria hall.

Playing the violin has and continues to bring me so much enjoyment in life, and I wish to share it with others.

When teaching, I focus on the student’s wellbeing as I find things like proper posture and technique to be vital to the student’s long term enjoyment and development as a violinist.

My aim is to give my students a strong foundation in technique that they will be confident in for many years.

I like to blend the student’s personal interest with the lesson, so that the student can have fun while learning.

For example, if there is a song or soundtrack that the student likes, I would reward them for practising the technical studies by arranging their preferred song, and allocate the last 15 minutes of the lesson to playing it.

Sometimes, I will also include specific techniques that the student may be struggling in or needs more practise on, and put it into the song as well.

I also make use of interactive card games, such as The Happy Pianist’s music cards, to make the more technical parts engaging and fun.

Outside of violin, I have an interest in producing and recording music from films, anime, and video game soundtracks digitally, and have collaborated internationally as well as locally with other musicians. My artist profile ‘BlooBamboo’ currently has over 1500 monthly listeners and tracks with over 60,000 streams on Spotify.