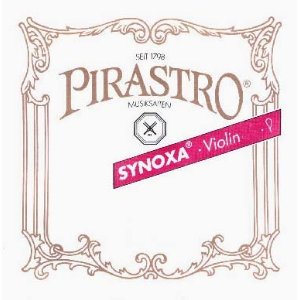 Pirastro Synoxa Violin Strings are synthetic core strings, which carry similar qualities as the Pirastro Aricore violin strings. They are also considered to be the answer to the popular Thomastik Infeld Dominant Strings.

Pirastro Synoxa Violin Strings feature a synthetic person core offering an alternative to Pirastro’s gut strings, which are usually more expensive, and not easy to handle. However, Pirastro Synoxa violin strings are able to produce the gut-like tone without the instability in a changing climate.

Pirastro Synoxa strings are also one of the easiest strings to handle in the market, and this makes them suitable for beginner violinists. They are quickly tuned, and are not sensitive to humidity. They deliver professional tone quality with uncompromising stability.